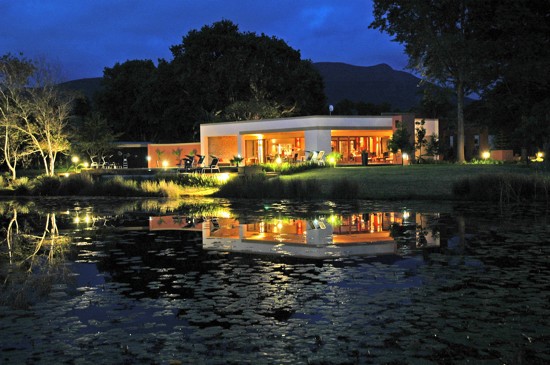 Of all the roads in the lovely Garden Route, the road from Kurland to Nature’s Valley is probably one the loveliest. And on it – one of the loveliest gardens in the Garden Route: Lily Pond Country Lodge.

I’ve been lucky enough to stay at Lily Pond twice now – most recently at the end of April this year – and as a qualified horticulturist, let me tell you that that’s an honour to be savoured.

The guest rooms and the restaurant at Lily Pond Country Lodge have all been built to take best advantage of their views of the three largest ponds on the property (there are seven in total), and of the 20,000 square metres of lawn and landscaped gardens surrounding them – and I love the fact that the gardens are well established with large, shady trees and huge drifts of ferns and other bedding plants.

The water lilies themselves (Nymphaea nouchali var. caerulea – also known as Nymphaea capensis) are indigenous to South Africa, and plantzafrica.com tells us that its common names include Frog’s Pulpit (Paddapreekstoel in Afrikaans) – which makes sense, because these ponds are froggy indeed.

It’s such a happy sound.

Being an amateur birder, though, I’m sorry to say I’ve never had enough time to sit quietly in the pond-side Jacuzzi and watch the herons, the Knysna loeries, the kingfishers, the sunbirds, and all the other feathered visitors that naturally flitter and fly about.

I think Jacuzzi-based birding could be the real thing, don’t you?

The rooms are decorated in a kind of African-Zen style, and they’re air-conditioned, and equipped with all the necessaries – CDs and iPod docking stations, DVD players, flat screen TVs, wireless internet, honesty bars, tea- and coffee stations and more – and you’re given the choice of twin beds or king-sized beds, with extra-length beds in the suites. (And there’s a luxury honeymoon suite too, of course. With its own spa bath)

Tony Kinahan – who manages the place with his wife (boss!), Maria, told me that they’ll be redoing the bathrooms in the En-suite Rooms this winter (2016) – and going green, too, by installing solar power, heat pumps, and various other energy-saving technologies throughout the Lodge.

Obviously: this is my favourite room of all.

Maria and chef Vincent Nkathu serve light lunches and dinner off an ever-changing menu – but be warned: these are red-blooded meat-eating South Africans (and they love their seafood, too), so if you’re a vegetarian like me, make sure that they know you’re on your way. I know they’ll pull out all the stops – they did in my case!

There’s a representative list of South African wines, of course – but I’m afraid I’m not old enough to know anything about alcohol, so I couldn’t tell you much about the selection. But I’m sure you’ll be happy to explore it on your own.

Lily Pond Country Lodge is situated on the R102, 3 km from Kurland (on the N2), and 8 km from the Village of Nature’s Valley; it’s also within spitting distance of

(Martin stayed at Lily Pond as a hosted guest.) 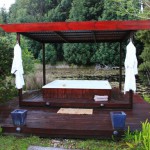 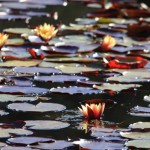 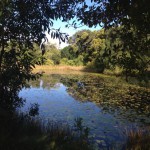 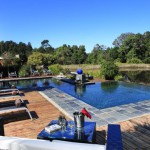 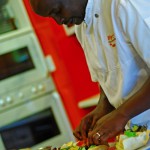 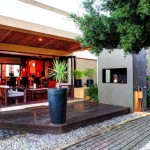 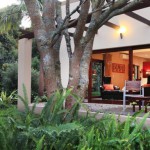 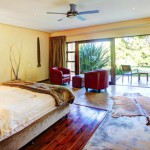 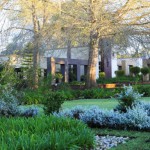 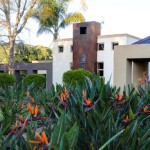 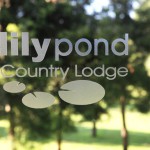