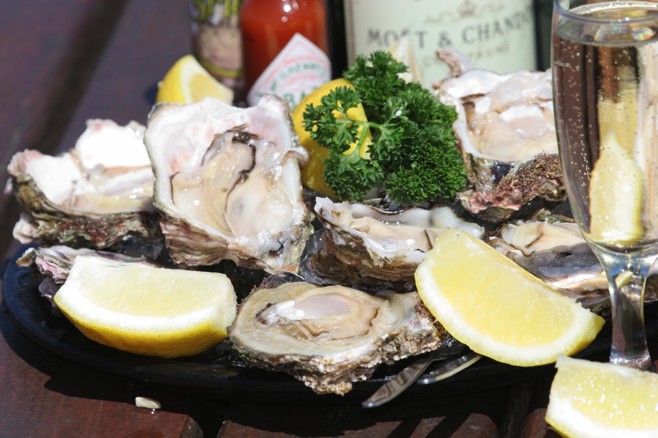 The event was founded as the Knysna Winter Festival in 1983 by Dick Ginsberg and Rose Smith as an attraction to bring business to town in the quiet months of the year.

Rose was the manager of the Knysna Tourism Bureau (now Knysna & Partners),  and Dick was a businessman who owned Richard’s Outfitters (still there in Main Road, still my favourite men’s clothing shop) – and ’83, it happens, was the year in which I came to live in Knysna.

Knysna was very different then in one important way: there were less than 6,000 people living here, and when the holidays ended, it became Quiet with a capital Q. (Difficult to know whom to believe, but it seems there may be anything from 65,000 to 85,000 residents now.)

I got here in December and, since I went to work almost immediately for a company that rented houseboats on the Knysna Estuary, I wouldn’t see quite how Quiet it could be until five or six months later.

May and June were abysmal – but then July 1984 arrived, and with it, my first Festival.

It was an important year for the Festival for a far more significant reason, though: it was the first time the South African Navy took part, proudly sailing three of its ships through The Heads, with all of us watching from any outlook point we could find. If memory serves, I might have been on one of our house boats, watching from the water.

Although the name would only later be changed to the Knysna Oyster Festival, I believe that the inclusion of the Navy defined it – because it made it a national event.

It was the start of a success so successful that now, thirty-something years later, The Knysna Oyster Festival draws more than ten times more visitors to the town during winter than the total number of people who lived here permanently in the mid-80s.

The Knysna Oyster Festival has grown from just a few individual events in ’83 and ’84 – the Knysna Forest Marathon, the bowls tournament, the fishing competition, a formal dinner with the admiral – to more than 120 today. It’s become more inclusive, louder, and more altruistic (in 2015, it raised more than R 2.5 million for charities, NGOs, and local schools). And it’s become more famous, too. (Travelstart listed it alongside events like Burning Man and the Edinburgh Festival in its article, 20 Amazing Festivals Around The World – although it did call it “charming.”)

But in one respect, it remains what it always has been: a colourful celebration of perhaps South Africa’s favourite destination.